Compare all commercial office spaces for lease in Marina Bay. Refine your unique property search by entering your preferences of building type, locations, building name, price range and floor areas to view the available offices that meet your needs 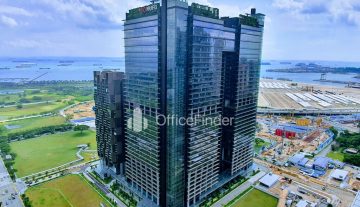 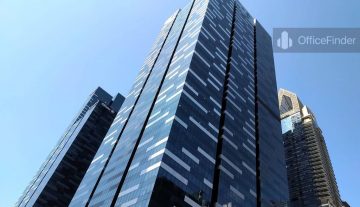 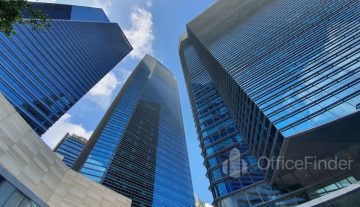 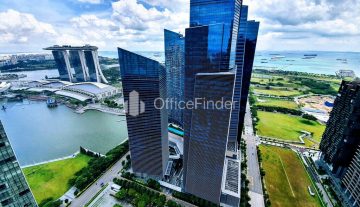 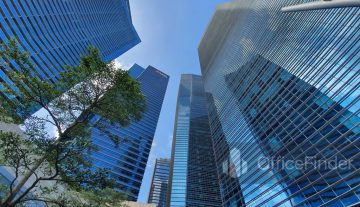 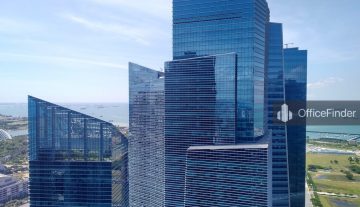 Marina Bay Office Space: What Are Your Options?

Marina Bay is hailed as the symbol of modern-day Singapore as it houses some of the country’s biggest integrated developments. As such, many companies in the city-state, as well as those relocating to Singapore, aspire to lease Marina Bay office space.

Office space in Marina Bay is also highly prized due to their magnificent sea views as the area was built on 360ha of reclaimed land. Another reason why Marina Bay is a popular office rental area is its accessibility to Singapore’s traditional central business district (CBD).

With the numerous workspace options available, renting an office space in Marina Bay can be a dizzying experience. Making your hunt more complicated is the fact that office space for rent in Marina Bay comes in various sizes, layouts, and amenities.

Still, you will be glad to know that tenants of office buildings in Marina Bay can easily travel to many eateries and retail shops thanks to the presence of an air-conditioned underground pedestrian network.

Apart from leading to the Downtown and Raffles Place MRT stations, this pedestrian-friendly network also branches out to the major office buildings in both Marina Bay and the traditional commercial hub of Raffles Place.

Office Space In Marina Bay, Here Are Your Options

If you were a foreigner who had visited Singapore and later considered renting office space in Marina Bay, the first thing that would probably come into your mind are the office space near Marina Bay Sands.

Who can blame you as those office buildings look really imposing when viewed from the infinity pool of that 5-star hotel. Meanwhile, if you’re a local, it would still be pretty helpful to get to know these landmark office towers:

Marina Bay office space are highly coveted by established companies due to its high-end specifications. Apart from 2.3 million sq ft of office space, occupants have access to many different amenities. At the ground floor of Tower 1 in Boulevard Bayfront and in Tower 2’s NTUC FoodFare, one can find sumptuous food and drinks. Tower 3 houses a Fitness First gym and Raffles Medical Clinic, while Fullerton Health in Tower 2 caters to those requiring healthcare services, including screening & vaccination.

Another popular leasing option in the vicinity are the office space in One Raffles Quay, which is regarded as a trailblazer as it’s the 1st development in Marina Bay. The project comprises a pair of buildings. The 29-storey South Tower is ideal for those requiring huge spacious workspace as it’s column-free floor plates have an average area of 30,000 sq ft. While the 50-storey North Tower contains column-free floor plates averaging about 18,000 sq ft, it offset the smaller space with its higher vantage point.

One Raffles Quay office space is a top choice among finance firms as the development was purpose-built for banks and financial institutions. Finished in 2006, the premium office complex was designed by Kohn Pedersen Fox (KPF) Associates, a famed American architectural firm. The twin towers are also super accessible as they are directly connected to the Raffles Place MRT Station.

Asia Square Towers office space is ideal for businesses that often see the visit of wealthy overseas clientele, as this mixed-use development also comes with a high-end 5-star business hotel, The Westin Singapore. Apart from having premium services and gourmet eateries, the mixed-use development is also close to popular local landmarks, such as the Esplanade, Merlion Park, and Gardens By The Bay. Coupled with the 100,000 sq ft networking space called The Cube, this makes Asia Square Towers an excellent base for companies that cater to affluent foreigners, who want some recreation and relaxation (R&R) after concluding their business dealings.

Notably, the office space in Asia Square Towers are spread across 2 towers. One is 43 storeys tall, while the other has 46 levels. On average, it contains 35,000 sq ft of Grade A office space per floor. Besides being a recipient of the Green Mark Platinum award, the development utilises 35 percent less power than other typical commercial buildings.

This development is a testament that when two countries work together (i.e. Singapore and Malaysia), they can accomplish great things. Offering about 1.88 million sq ft of premium Grade A workspace, office space in Marina One is among the newest and best-in-class in Singapore. With floor plates ranging from around 34,000 sq ft to 100,000 sq ft, the biggest in the CBD, the development boasts top-notch specifications like clear floor-to-ceiling height of 3m to 3.8m.

Marina One office space is extremely sought-after by people, who want to live, work, and shop under one roof as the integrated development also comes with 1,042 apartments and about 140,000 sq ft of retail premises. Apart from having breath-taking views of the sea and city skyline, the complex is also a haven for nature lovers. Within its heart is a 3,700 sq m garden that looks like a rainforest valley and is home to 386 species of plants and trees.

Another workspace that leverages on green power are the office space in Central Boulevard Tower, which will feature the 1st urban sky park with a dedicated jogging track in Singapore. Including the 60,000 sq ft landscaped sky park on Level 7, the development will come with 120,000 sq ft of greenery in all. It is also slated to become the newest addition in Marina Bay as it is currently under construction, with completion anticipated by 2023.

Central Boulevard Tower office space are spread across 2 towers sitting above a 7-level podium block. The East Tower has a height of 16 storeys, whereas the West Tower has 48 floors. Altogether, the office buildings come with about 1.29 million sq ft of premium Grade A office space, with super spacious floor plates. Besides being directly connected to the bustling Downtown MRT Station, it also houses 30,000 sq ft of lifestyle amenities, including retail space, and childcare facilities, as well as F&B establishments, including a signature restaurant.

If you are searching for office space in Marina Bay because you really want a workspace with a million-dollar view of the sea and waterfront, but prefer similar quality office space that is nearer to the traditional financial hub of Raffles Place, we recommend these 2 alternative options which are literally just a few steps from the water.

With a gross floor area of around half a million sq ft, office space in OUE Bayfront caters to those looking for either compact office units as well as those hunting for a more spacious workplace. While column-free floor plates at this 18-storey office building range from 26,000 sq ft to 30,000 sq ft, the office floors can be subdivided to accommodate smaller tenants requiring at least 2,000 sq ft of workspace.

OUE Bayfront office space is particularly favoured by those who want to enjoy sumptuous Chinese cuisine while taking in direct majestic views of the Marina Bay. This is because the building is just next to OUE Tower, which houses Tóng Lè Private Dining, one of the merely 2 restaurants in the country that allow clients to feast on a revolving tower with 360° views. Completed in 2011, OUE Bayfront is just a stroll from Raffles Place MRT Station and is adjacent to an airconditioned overhead pedestrian bridge that contains retail shops.

Envisioned as a gateway to the city-state’s new downtown (i.e. Marina Bay), One Marina Boulevard is a 32-storey building with a gross floor area (GFA) of nearly 520,000 sq ft. Of this 420,000 sq ft consists of office space, while the rest of the space in the basement contains retail space. The edifice is also a recipient of BCA’s Construction Excellence Awards in 2006.

Office space in One Marina Boulevard is among the few workspaces here with direct views of the Marina Bay and the sea. While the lower portion of the building houses the headquarters of the National Trades Union Congress (NTUC), the upper zone starting from the 16th floor sports floor plates that are divided into 2 column-free workspace linked to a central services core. The granite-and-green glass clad building also features meeting and training rooms, in addition to an auditorium that can easily fit 600 individuals. Hence, One Marina Boulevard office space is perfect for businesses that require such amenities.

Leasing Marina Bay office space is typically done by established and prestigious companies, particularly those well-known in their respective industries due to the area’s strategic location as Singapore’s new downtown.

Tenants In One Raffles Quay

One Raffles Quay office space is highly preferred by financial behemoths as the development was purpose-built for banks and financial institutions. In fact, Deutsche Bank, Ernst & Young, and Capital International are among its proud tenants. Still, this large concentration of finance firms didn’t deter TikTok from taking up space there.

Similarly, the office space in Asia Square Towers are mainly occupied by financial powerhouses, such as Citigroup, Mitsui Group, and Mizuho Bank, as well as insurer Allianz Group. E-commerce giant Amazon has also ventured into this prestigious commercial property.

Tenants In Marina One

Occupants renting office space in OUE Bayfront are not small-time companies either. Among the most notable ones are multinational law firm Hogan Lovells and Allen & Overy, a white-shoe law firm specialising in banking & finance. Another is Saudi oil giant Aramco and Bank of America, one of the biggest banks in the United States.

Tenants in One Marina Boulevard

Discover Your Marina Bay Office Rental Options With an Expert

Given that Marina Bay is a popular office rental area, there’s stiff competition for workspaces there and there’s limited available office stock. Hence, it’s not easy to look for office space there by yourself, especially if you’re unfamiliar with the area.

To make the hunt for Marina Bay office space less tedious, why not engage a commercial property expert to do all of the tiresome work for you. With the help of a connoisseur, taking a lease in Marina Bay can be done quickly and conveniently.

So, if you want to make your search for office space in Marina Bay hassle-free, please don't hesitate to leave us a message and we’ll refer you to a veteran commercial property agent.

www.officefinder.com.sg provides a compilation of commercial properties listings on office space for rent and sale in Singapore and does not carry out any estate agency work. Please read our Terms & Conditions of Use

Please inform your friends to check their inbox now

An office real estate consultant will contact you soon!
(There is no agency commission on you as a tenant/buyer)